A bit of madness

By Pivní Filosof June 11, 2009
Yesterday I bottled the beer I brewed in honour of the birth of my daughter, which should happen in about a week. When I asked for help to design the recipe quite a few people wrote with some ideas. In the end, I didn't go for any of the suggestions, though I must say that it was Velky Al's that in some way inspired the recipe of "Porteña - Literally Red Weizen", as I've decided to call this wheat beer with mint and strawberries.

I had absolutely no clue about how I would brew that, and if it hadn't been for Jake, from Nothern Table, I would have sure made quite a few mistakes (more than the ones I'm sure I made, but well...). Thanks Jake! 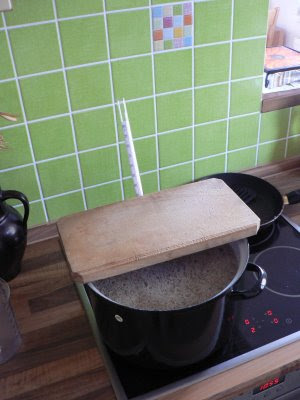 The mashing was the typical you would do for a weizen (or at least I think so). Things changed a bit at the boling. I used 10g of Saaz hops in pellets (50% less than what I normally use) and added 12g of fresh mint. I added the hops with this schedule: 20% at the beginning, 40% at 30 minutes and the rest by the end. I added all the mint at once with the second hopping. The hydrometre marked 8.5 in the balling scale, quite light, a bit more than I would have liked, actually. 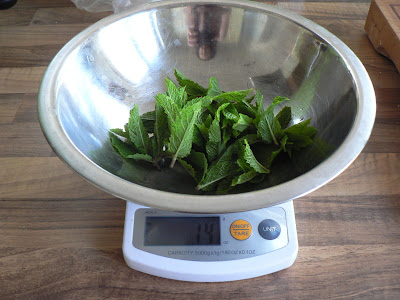 The yeasts I used are the same Pivovarský Dům and Primátor use for their respective wheat beers. Fermentation started really quickly and didn't have any problem. 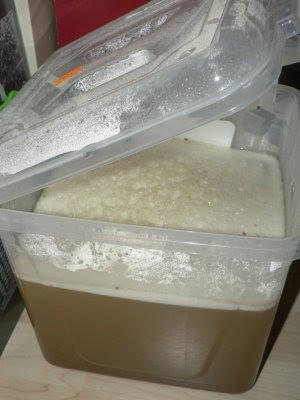 When fermentation was finished it was time to add the strawberries. They are in season now and I found a stand by a metro station with very tasty Czech strawberries. I pureed them and put them in the secondary fermenter. Very carefully, and trying to leave as much sediment behind as possible, I poured the young beer on top of it. 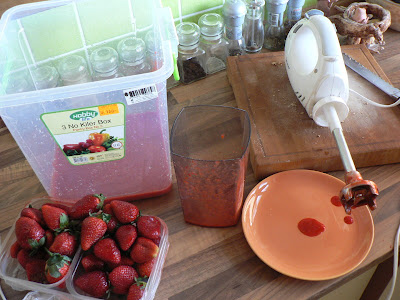 A couple of hours later, what I first thought were the solids from the strawberries floating on top of the liquour turned out to be the froth of the yeasts doing their job. I let them working for almost two weeks, always wathching out for anything funny growing on the surface, where there were some solids. 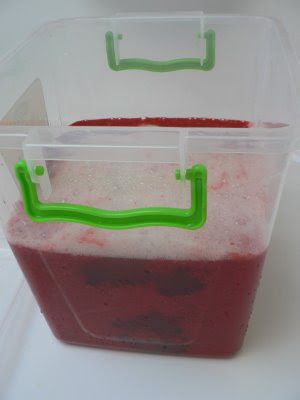 Before bottling I very carefully took as many as the solids as possible and trasferred the beer to another container so I could work with less sediment.

I tasted a bit of the beer and found it quite interesting. A bit sour, I was expecting that, and a surprising spiciness that tickled my tongue and that I hope will remain. I will have to wait a couple more weeks for it to be ready. By then, the baby should be already at home and I will wet her head with the beer.

As soon as I open the first bottle, I will let you know.