By Pivní Filosof February 08, 2009
Braník will never be mentioned among the best of Czech brewing, quite the contrary. Today, the beer seems to be the favourite among lower income people that drink it straight from bottles at room temperature. But it wasn't always like that. You can still find people that remember it with love and a lot of nostalgia, specially the dark beer.

But it's not really about the beers from Braník, past and present, what I wanted to talk, but about a coaster of Braník that I found the other day, or actually, about the text written on the back, which in Czech goes pretty much like this.

"Braník Brewery was established in 1899 by brewers and publicans as a social brewery as defense against big breweries."

Then it goes on with the usual marketing bollocks. 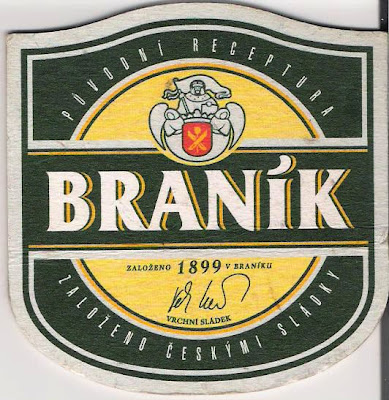 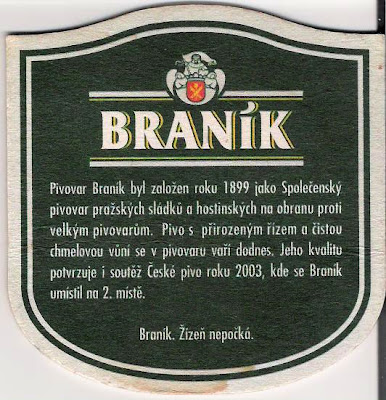 What a bunch of idealists those brewers and publicans where. But history is cruel. Today Braník belongs to AB-InBev, and it's not much more than a cheaper version of Staropramen. The brewery was shut down a couple of years ago, with production being shifted across the river to Smíchov and the future of the beautiful facilities is in the shape of luxury flats, if the financial crisis so allows.

Those valiant gentlemen must be turning over in their graves.