Man, I love writing this round up of reviews (or rather, Ctrl+Cing and Ctrl+Ving it). And you seem to love reading it, too. And if you don't, well, I've got bad news, because here it is again.

Achel Blonde: Finally a Blonde that speaks to me clearly and affectionately while I sip it during a summer rain. 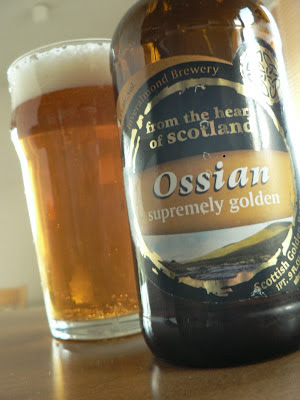 I like it when a beer has a contrast between nose and taste, and Ossian does just that, flowers and tropical fruit on one side, herbs, grain and silk on the other. The nicest bottled Golden Ale I've had so far. Thanks Alan!

Kocour IPA (@Kulový blesk): Libeček is not the kind of herbal note I like in my beer....

M&S Staffordshire IPA: Perhaps, what "normal" IPA's should be like, instead of what they have become like. (make of that what you want) 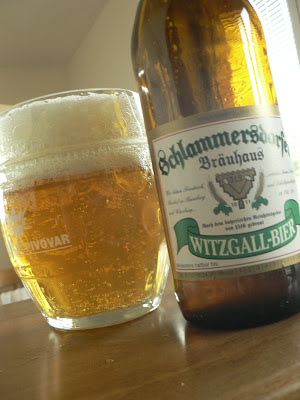 Schlammersdorfer Landbier: Though a bit gassy, it delivers exactly what you'd expected and then, almost nonchalantly, drops that extra hard-to-put-a-finger-on something that takes it to a whole new level and makes you crave for a whole keg. Thanks Pivnizub!

Gambrinus Originál 10º (bottle): You can polish a turd. You can hire a personal trainer for said turd. You can dress the turd with nice clothes and teach it to talk well and smile politely, but... 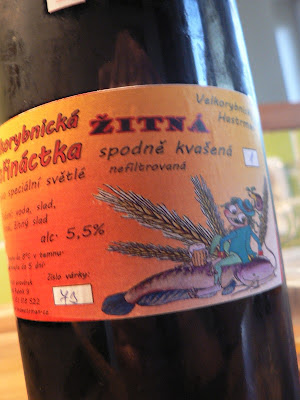 Velkorybnická Žitná Třináctka: You can feel what it wants to be and how much it tries to be it, but it gets somehow confused along the way and looses the plot, which makes it even more disappointing. (the bottle says "světlý", I can tell you it's as světlý as the future) 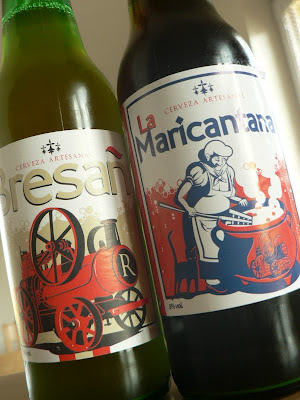 Bresañ: Someone might say "rustic", "scruffy" says I. But with plenty of potential. Needs a good bath and a good scrub, a shave and a haircut, bit of rest and it could be a pretty good tipple.

La Maricantana: Maybe not as scruffy as its sibling, but this Dubbel-kind-of-thing is a bit too shy for its own good. Needs someone to push it while saying "Show'em what you've got".