By Pivní Filosof March 06, 2010
I bet you were thinking I had forgotten. No way! How could I? But with so many things to write about and a sudden surge in work, I had to postpone the publishing of the tasting notes from the rest of the Swedish beers Leif had brought me.

This time the notes come from four samples from the same brewery Jämtlands Bryggeri.

Something curious happened to me with them. If you take each on its own you won't find anything wrong, nor anything remarkably good. None of them stand out for their complexity or intensity. They are rather simple beers, the kind that won't demand much of your attention and that can be good company when spending time with friends or cooking or watching a film, and I have no problem with that at all, I really like this kind of beers. The problem is that when evaluating them as an ensemble I found that they are all too similar to each other. Not only I got the impression that the same kind of hopes with resinous notes were used, but that they were used in the same way. 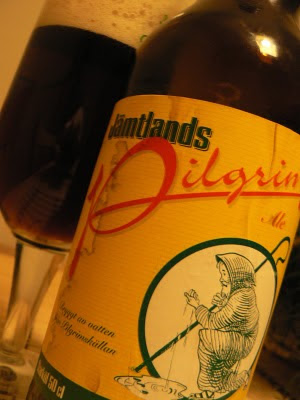 Pilgrim Ale, with 4,5%ABV, pours a clear brown, the nose reminds of juicy tropical fruit, sprinkled with mild caramel. Fuller bodied than its bitterness would have you believe and yet, the malt could offer some more firmness. Towards the finish there is some burnt sugar that gives the sip a longer run. Fine to drink with grilled offal and sausages from an Argentine Asado. 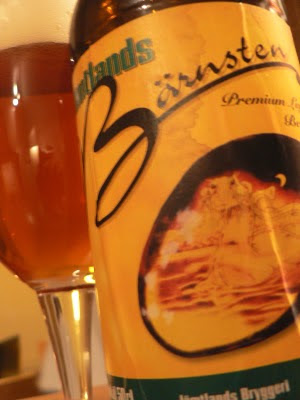 Bärnsten calls itself a Premium Lager and has the thus almost mandatory 5%ABV. It doesn't pour the expected pale gold, however, but it's more on the amber side of things. Mostly dry, piney nose with a hint of tropical fruit in the back. Other than resinous notes, there are some herbs and a mineral touch by the end that actually fits the beer quite well. After so many years living in the Czech Republic few are the foreign lagers that can raise my eyebrows, this one is not among them. 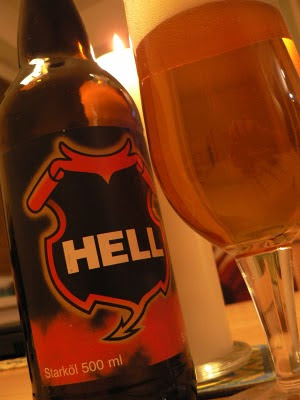 Hell, with 5.1%ABV isn't the dark beer one would almost expect from its name (given that the brewery also makes a beer called "Heaven", it was safe to assume that the "Hell" wasn't necessarily related to the German Style), but it's a světlý ležák gold topped by a nice white head. The rest of it, however, is all too similar to the premium lager, a bit maltier perhaps. Another sessionable brew that won't tire you nor will make you loose the thread of the conversation. 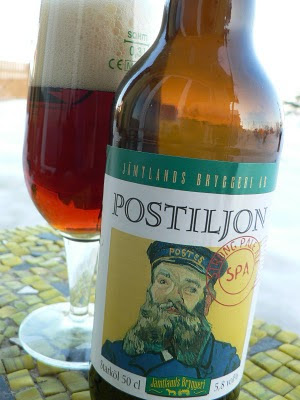 Last was Postiljon, a Strong Pale Ale with 5,8%ABV. The best way to describe it is Pilgrim's big sibling. Stronger, maltier, tastier, with slightly better balanced bitterness and not much else to add. 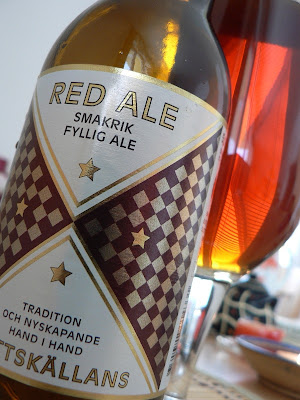 And a bonus! I don't know if you remember that when I published the tasting notes from the previous session I mentioned that I had just found a still unopened bottle of Slottskälans Bryggery's Red Ale. And what a surprise it was! Pours a rather ocher side of red with a thin but compact head. The nose reminds of sweet fruit, resin and some caramel. The first couple of sips made me fear a beer of monotonous bitterness, but then, bit by bit, the malt makes its way and ends up wedging itself between the herbs and the burnt sugar. The result is a beer with some complexity and very interesting to drink. A real joy.

Just like with the batch that Gnoff had brough, this bunch of Swedish brews were quite a mixed bag, from the brilliant to the boring, just as it happens everywhere, really...