By Pivní Filosof March 13, 2009
It seems that Pivovarský Dvůr Chýně is not the only craft brewer that wants to have a permanent presence in Prague. There are, at least, two more places that have adopted a craft brewery on a permanent basis, though, unlike Hotel Victor, they do it to supplement their already existing offer of very well known faces. The other day, I visited both.

I used to work in Anděl, Smíchov, but for reasons I can't specify I never went to U Buldoka. I must have walked past the door hundreds of times, yet there was nothing that made me walk in.

What better excuse to fix that than the beers from Zvíkov.

I arrived when lunch time was finishing. The room was almost packed and I was lucky to find an empty table. I'd already eaten, so I only ordered a beer. They were tapping Zvíkov's 13° tmavé (they rotate, Velký Al had been there a few days before and he had Zlatá Labuť 11°).

The beer arrived fast and I started to soak up the atmosphere. I must say that from the beginning I felt very comfortable. Despite all the football parafernalia and the LCD TV showing football, the place is warm and doesn't feel like a typical sports bar. The service was very quick, atentive and friendly. There were, I think, four waiters who seemed to know by name every second person that walked in. The clientele that day was young, late 20's, early 30's, modern but not trendy and almost everyone seemed to be enjoying themselves plenty. 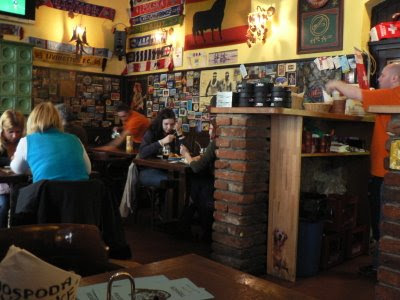 The Zvíkov was well tapped and its chocolate and caramel notes, with hints of nuts and fruit, made me feel even more at ease. I ended up ordering another one. 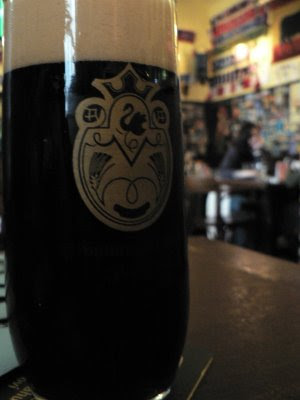 I really liked U Buldoka. I think it's a great place to get together with friends for a few beers. And if Zvíkov is not your thing, they also tap Pilsner Urquell tanková, also for 32CZK a pint.

It seems that the whole line of Zvíkov beers have a more or less permanent status at U Radnice, though for 40CZK a pint, not as nice a price.

I had the rest of the afternoon free so I took tram 14 to Nám. Republiky to go to Tlustá Koala, a pub tucked in a narrow street right behind the Czech National Bank, and another one of those places that I must have walked past hundreds of times without ever going in.

It couldn't look any more Enligsh. Lots of hard wood, lots of beer sings and other pub stuff and many beers on tap. Staropramen Světlý, Ležák, Granát, Černý, Stella Artois, Foster's... Foster's!?!? WTF? What is that doing here? And who in their right mind would drink that rubbish in Prague? And more importantly, what am I doing here. Ah! Kocour. Good. 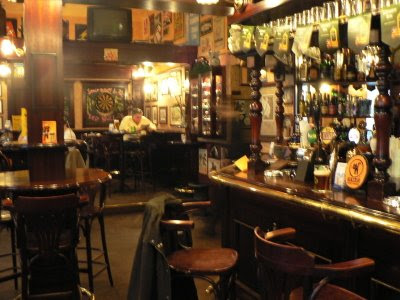 I have to confess that it's been almost half a year that I've known that Pivovar Koucour Vandorf had secured a tap in Tlustá Koala. The first time I was there, to have a stout, it was a fiasco. Not only the beer was served in a chalice of Leffe, but it was also sour. I knew it was not a problem of the beer, I'd had it a a couple of days before somewhere else and it tasted great. The problem was the care, or lack thereof, that the place gave to the beers. With Velký Al we told a lady that seemed to be the owner or manager about it and she wasn't too worried. In fact, I think she said they'd already had some complaints from other patrons. I felt like asking why the F they still offered it then, but I chose silence.

A few months later I decided to give this pub another chance. I took a seat at the bar and ordered a Kocour. Some changes had been made. This time the beer was served in an ad-hoc glass, a lot more appropriate for the IPA they were tapping that day, which, fortunately, tasted very, very good. (I thought of asking the barman a bit more about the beer, but I don't think he would have known much, and I didn't want to antagonise him).

Unlike U Buldoka, Tlustá Koala was almost empty. Only a couple of tables swere taken. That gave the massive back room a rather desolate feel. The few patrons were nursing their Stellas or Staropramens almost in silence. 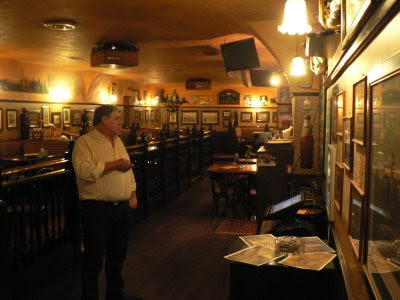 Like at U Buldoka, the service is attentive, friendly and fast. A bit too fast, in fact. Beers would materialise at the speed of thought the other day when I met Velký Al there (his review of the place is a must read).

Though it is a nice pub. I don't see myself becoming a regular at Tlustá Koala. It is just to "expaty" for my taste. Nothing wrong with it, just not my pint of beer. Anyway, it is indeed a good alternative in the centre if I fancy a quick good beer (which here would mean only Kocour). 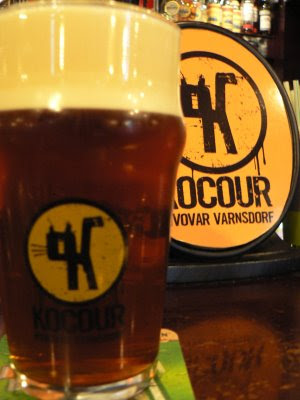 And now that I am at it, I'd like to give the people of Kocour a piece of advice: bring half litre glasses, not only 0.3l and ask for your beer to be listed on the blackboards, with price and maybe also ABV or Balling. A 0.3l glass costs 29CZK (25CZK before 3PM), this would be around 45CZK a pint, cheaper than Stella and Foster's and not much more than Staropramen Granát. If that doesn't increase sales, I don't know what will.