At least their wines are good

By Pivní Filosof April 27, 2009
After the debacle that was Super Bock Stout (one of the best examples of the style called "Marketing Stout"), I wasn't looking forward much to the rest of the beers that Nuno brought me from his native Portugal. But beer blogging can't be all about delectable and rare Danish craft beers, and they were taking way too much space in my cellar.

Saying that my expectations were very low wouldn't be the whole truth. I was ready for the worst, and I must say I wasn't dissapointed.

Super Bock Express (4.9%ABV). My tasting notes consist of only one word: "Nasty". Isn't it nice sometimes to be able to drink a beer so easy to describe?. Express to the drain it went. 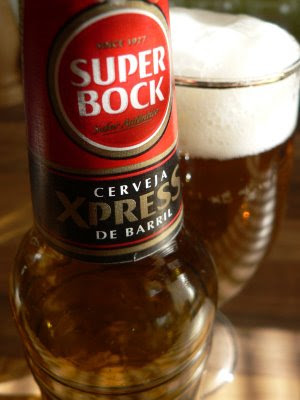 Cerveja Sagres (5.0%ABV). My notes say "A bit better (should say "a bit less awful"), also metallic taste (now you have some more information about Express)". As the previous one, to the drain. 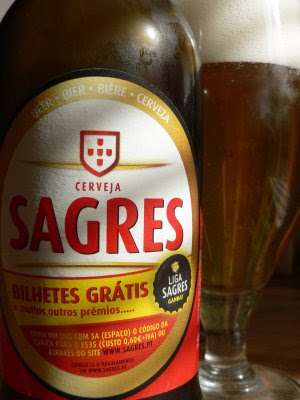 Sagres Bohemia Reserva 1835. A pretentious one. "The supreme realisation of our brew masters", says the label on the back. Hmmm! Either they stop with the bollocks or they start looking for new brew masters, because if this beer is the best they can brew, I can't imagine what can come out when they aren't putting too much of an effort (well, yes, I can imagine, and actually tasted it a bit before). "Irresistible taste", says the label on the frent. The drain didn't resist, so it must be partly true. 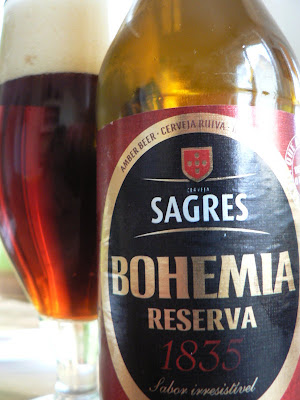 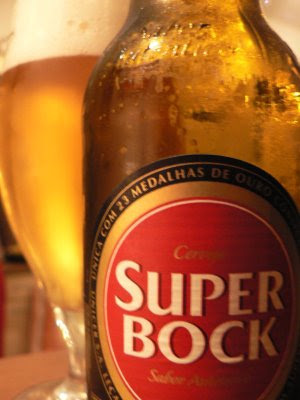 I had to take a few days off to forget the awful taste of these beers. I still had two, both Super Bock "de Abadía" (Abbey).

There aren't that many "Abbey Beers" that are actually brewed by monks at a monastery. However, most abbey beers have at least some sort of historical link to a religious order or building. My knowledge of the history of the Catholic Church in Portugal is patchy at best, but I think it is safe to assume that there has never been a religious order called "The Super Bock Brothers" nor a monastery or church dedicated to "St. Super Bock" (though maybe the Vatican could consider something like this as a marketing strategy). Therefore, I think you'll agree with me if I say that Super Bock "Abbey" does not have any sacred origins.

But as I always say, the important thing is what's in the glass, the rest si more or less superfluous. 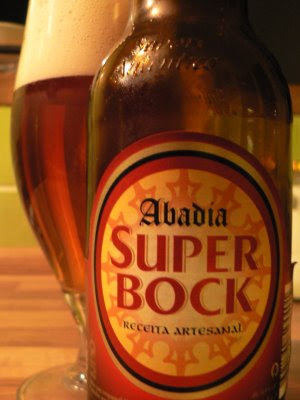 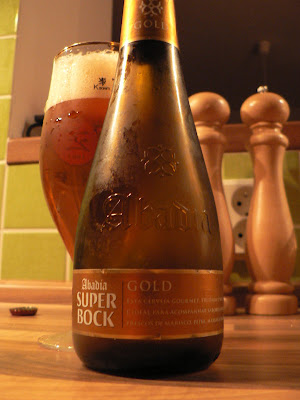 These two, which claim to have "Craft Recipe" (meaning not brewed with "other malted and unmalted cereals") were the only ones I was able to finish. I hate to throw beer away, no matter how awful it might be, but these portuguese ones left me no choice. It was either them or my sanity.

I wonder if they are the best Portugal can offer beerwise. I'm sure there are better ones, but if I ever go to Portugal, I think I'll stick with the wine.