Love at first pint, that's something that's happened to me quite a few times. I think you know what I mean, you walk into a pub for the first time, without really knowing what to expect, but when you're sipping your first beer, you realise you've come to the right place.

Love at first sight with a pub, however, that's something I don't remember ever happening to me until I stumbled upon Hostinec U Tunelu a couple of months back.

I had been in Lower Žižkov that afternoon, doing some research for the upcoming second edition of the Pisshead's Pub Guide*. After finishing at U Slovanské Lípy, instead of taking the bus or walking to Florenc, I decided to go to Karlín through the tunnel and then catch the tram to Dejvice in Sokolovská. And there I found it, as its name implies, right by the exit of the tunnel.

It had only recently replaced a namesake pub I had never felt compelled to patronise. Gone were the Gambrinus signs that covered the large windows; it was now possible to see inside, and it was beautiful! First Republic chic all around, and I'm a sucker for First Republic chic. Gone was Gambáč, too, replaced by Konrad, a regional brewery from North Bohemia that I've come to like a lot.

I had to go in! It couldn't resist it. I checked the time; there was enough for a quick pint, maybe two.

In I went. I didn't mind that there didn't seem to be a place to have one na stojáka, especially after noticing the wood-burning stove next to the bar, with a couple of large, gently steaming pots on top. Yup! You've come to the right place, I told myself. 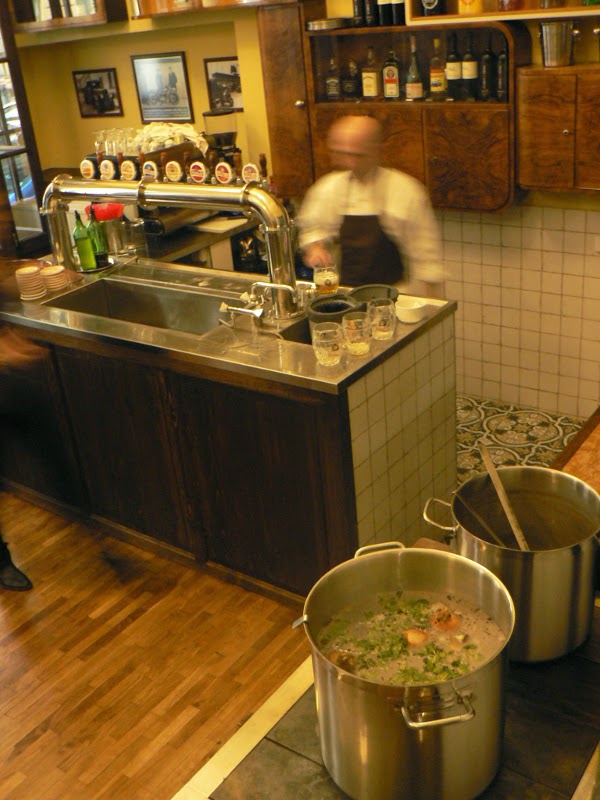 Being a new pub, in the mid-afternoon, I wasn't surprised to find it almost empty, which somehow added to its charm, as it is small enough to make that quietness cozy. I took a table in one corner and ordered my pint of 12º from a waitress that came as soon as I had sat down.

Then I started noticing some details that made me like U Tunelu even more: there were no paper coasters with the logo of Konrad, but those thick, small ceramic plates that seem to have been the norm in the old times; there was a tapster, a bloke whose main job is pour beer and, surely, look after it as well, the tapster taking a thick-glassed, half litre mug (the perfect glass for this sort of beer, and many others) from a sink filled with clean, cold water by the taps and proceeding to pour the beer in one draw. 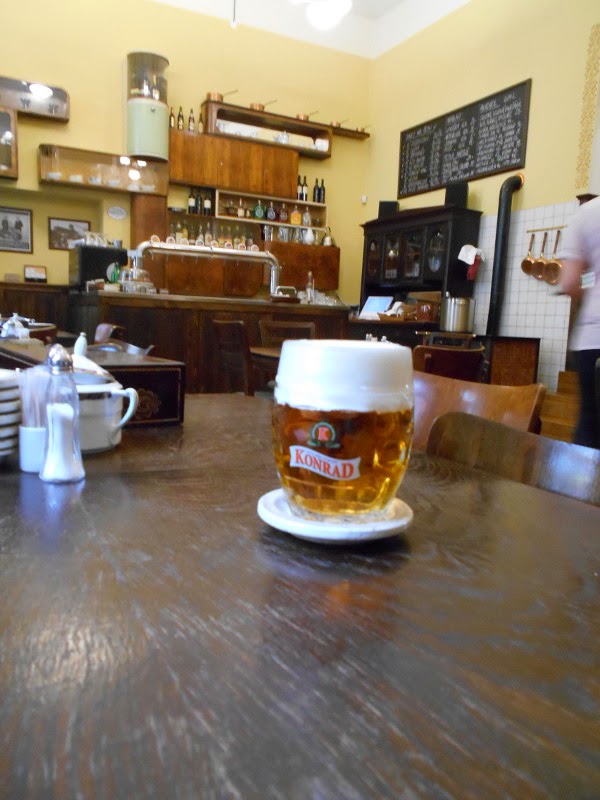 The beer tasted good, very good, of course. Even before it was brought to me, I had decided that I wouldn't drink it quick, and that it wouldn't be one. I would get home a bit later than expected. The missus would understand, I was doing research for the book.

Things were going according to plan until something ignited a conversation with the two merry gentlemen at the table next to mine. I've told you already how things usually turn out when someone asks me where I'm from at a pub. This one was no exception, and soon my two new friends insisted on buying me each a pint. 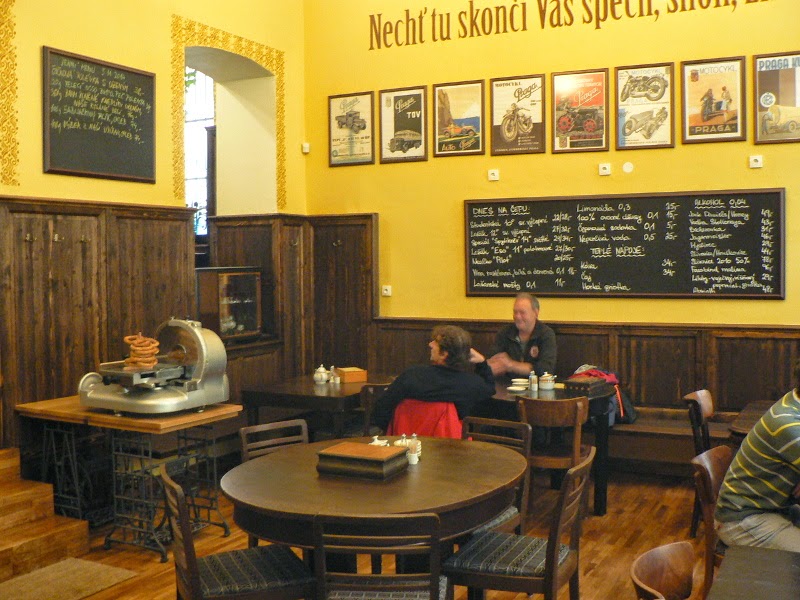 Refusing would've been impolite. Not that I had much of an internal conflict; I'd pretty much made up my mind that I would stay for a pint longer when I ordered the second 12º, with a soup to go with it—čočková, just like babička used to make it, if I'd had a Czech babička who made lentil soup.

In the end, I got home a couple of hours later than I'd said I would, in a very good mood, and very enthusiastic about my discovery. My wife's disapproval lasted until I started to put together dinner (without chopping any fingers), while I told her about how lovely that new pub was.

I went back to U Tunelu as soon as I could. I wanted to make sure if my infatuation wasn't a case of the beer goggles—I had five pints under my belt before that first visit. It wasn't, the place is great through and through. And it is very popular with the denizens of the nearby offices—no wonder, the limited lunch menu is great value, and so are the beer snacks, and the service is very good, too. I've been several times more since—once with the missus even!–and my first impression was reinforced with each visit. This is a pub done right: beer minimalist, down to earth, following the modern trend of good food made with fresh, quality ingredients; it feels classic and creative at the same time, not to mention incredibly welcoming. You can hardly ask for more.