By Pivní Filosof October 19, 2009
Pete Brown wrote the other day a very interesting piece on beer marketing. Though he mostly speaks about labels and bottles, Pete also mentions the internet as field where every brewery can play in the same conditions regardless of their size. To this I would add marketing tricks.

Yeah, yeah. I know that in the past I have critisised some marketing tricks, from a "new" way to sell a beer so you won't be able to taste it, to an attempt to add a layer of glamour and uniqueness to something that is, at the very best, average. The problem here is that the marketing trick or gimmick isn't backed by a product of quality or actually new, and ends up being only something vacuous and superficial. This doesn't mean, however, that well used, a marketing trick can't be an effective and legitimate tool to promote a brand or a product, or to create hype about it.

The Scottish brewery BrewDog, who have been using very well all these low cost tools to sell their beers, have been kind enough to send me samples of three of their new products. Interesting is that for each of them a different "marketing trick" has been used to generate  buzz. The question is, are they only empty tricks or do the beers have something to say all by themselves?

First trick: Make a noisy minority angry and thanks to that, be mentioned on the media, for free.

Binge drinking is a topic that gets a lot of space in the British press and is used by politicians, media and other opportunists and populists to get some attention. When BrewDog announced that their new Tokio*, with 18.2%ABV was the beer that would end with binge drinking, what followed was expected. Some idiots at the Scottish Parliament demanded the product be banned. The media picked the story and Tokio* got a lot of space without paying a penny for it.

Many have critisised the idea as childish, and perhaps they are right. But it is still very effective. And because apparently BrewDog likes showing the two fingers to those idiots, they've recently came out with Nanny State, a beer with only 1.1%ABV that got some coverage by the BBC, among other news outlets. 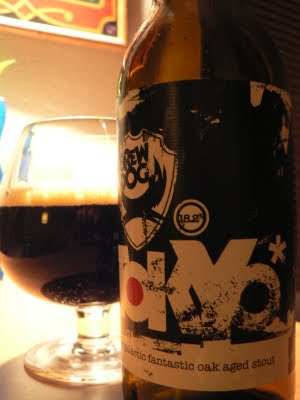 It's good, very good. Very dark amber it pours and it has a surprisingly lasting head for something so strong. The nose isn't very nice, there's way too much alcohol, which almost does away with the notes of wood and Port that would have been nicer to feel. Its mouthfeel also surprises, its really unctuous, almost like really good extra virgin olive oil. The palate can feel coffee, tobacco, wood, brandy, a touch of fruit. That you are drinking something very strong can't be ingored, still, the huge ABV is very well integrated and makes you drink slow. The 33cl bottle is actually for sharing. I liked the original Tokio better, but this beefed up version is still great as a nightcap.

My only gripe with Tokio*, and many other super strong beers, is the presentation. Its ABV is equivalent to that of fortified wines like Port or Sherry, and I think it should be sold in likewise bottles: 75cl, resealable, with a cork cap, to encourage drinking it in smaller doses over a longer period and not to finish the bottle once it's been opened.

Second trick: Partner with a bigger and/or better known brewery in a given market and do something together.

Whether it was intended as a marketing trick or not, is open to discussion, but there's no doubt that it generated hype. In this case, BrewDog joined forces with the very famous Stone Brewing Co., from the US, with whom they share much of their brewing philosophy. Thus was born Bashah a Black Belgian Double IPA, shouldn't it be called IBA? (making up, or distorting styles could also be considered a marketing gimmick). The restult, fans of both breweries, and beer geeks in general, loved the idea and generated a lot of hype for this new brew. 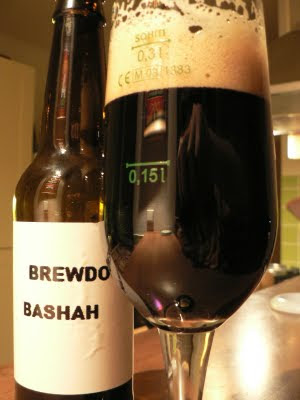 Also very good. I had already tasted a "Belgian IPA" from Stone, their Cali-Belgique, a beer that proves, once and for all, that yeasts are an ingredient. I had liked it a lot and was really looking forward to this one.

It's very dark, the nose has an interesting, and rather weird, mix of wood, roast, a lot of tropical fruit, spices and chocolate. The taste follows the same lines. Fruit, coffee, wood, chocolate, spice. Everything playing in perfect harmony on a vinous body that caresses the palate. The finish is equally complex and lovely. I got a bottle without the official label, so when I drank it I didn't know how strong it was. I was a bit surprised when I saw it has 8.6%ABV because it's wonderfully integrated. Fantastic beer.

BrewDog also announced that they've put some hl of Bashah to age on blackberries in whisky casks. The beer will be available next year (another marketing trick, perhaps?)

Third trick: To do something mad that nobody has done before, or at least, not recently.

According to BrewDog's blog this Altantic IPA was brewed following an old recipe and then left to mature a couple of months on a fishing ship, on the North Sea. The idea was to recreate the maturing the original IPA's got on their way to India. I don't think I need to mention the hype this very limited edition generated in the beer world. 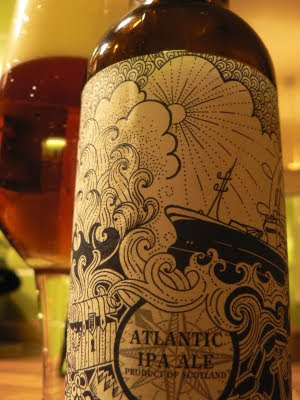 I was expecting "just another IPA", a good one, yes, but nothing new. Actually, it is bloody brilliant! It pours orange, like home made marmalade, topped by a creamy, slightly tanned head. The nose doesn't promise much, really. There is pine, cannabis, some sourness, a bit of syrup and spice. When drinking, Altantic IPA is a beer that should leave everyone happy. You like your beers strong? I think the beautifully integrated 8.5%ABV will do the job. You like your beers really hoppy? There's enough of that to keep you entertained: flowers, pine, citrus, spice, you name it. You like your beers to be something more than cold hop tea? Don't worry, there's plenty for you as well: generous doses of caramel, roast, fruit and even some nuts. Everything, absolutely everything in its proper measure ending up in a long finish with the right intensity that leaves wonderful memories on the palate even long after the beer is finished. Absolutely delicious!

Whether it's worth the price they ask for it or not, that's a personal thing. I do agree, with Stan Hieronymus, though, they should have brewed a batch without the maritime treatment to appreciate the difference.

As you can see, marketing tricks can also have noble ends.