By Pivní Filosof August 29, 2011
Last week I made a visit to Žatec, the city that is perhaps the heart of Czech beer, since it gives its name to one of the most famous and appreciated kinds of hops, Saaz (thus is the town's name German). It was a business trip, actually, and I visited the Hops Museum and the Hops Institute, where I had a chat with the bloke in charge of the research brewery that operates there. Both visits and the people I met were very interesting and gave me quite a lot of material for my next article in Bar&Beer.

Of course that I didn't miss the local brewpub, U Orloje, which is located right next to the museum and is adjoined to the visitors' centre of Chrám Chmele a Piva (The Temple of Hops and Beer - the moniker adopted by the region). 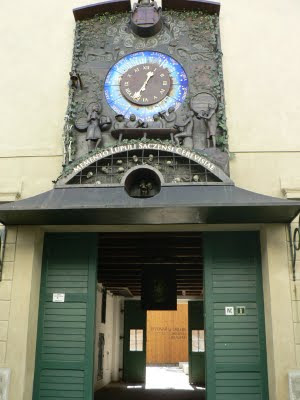 It's a very nice place inside, modern, but with some soul. They also have a very pleasant and rather big beer garden that could be a lot nicer if they had those long, wooden tables with benches that I believe should be mandatory for every beer garden, instead of those metal and plastic ones that are more appropriate for a coffee shop (but that's my thing). 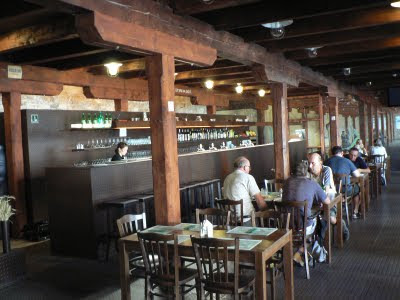 The service was efficient, though a bit slow at first. The food was on the average side, nothing memorable, really, but I should mention that I ordered the only thing that was left on the lunch menu and there was some interesting looking stuff on the permanent one. So far, quite fine, the problem, however, were the beers, which is actually the thing that makes you come to a brewpub to begin with.

They brew three kinds, I first ordered the 11º, which is called Žatecký Samec, in honour to a beer that used to be brewed in the city a long time ago. It came too yeasty and with a mild, and not at all pleasant, sour note; something unforgivable for a brewpub, where beers are supposed to be the freshest. I should have sent it back, but I had to wait quite long for it, it was very, very hot and I was very, very, thirsty, so by the time I realised I had already drunk half the pint. 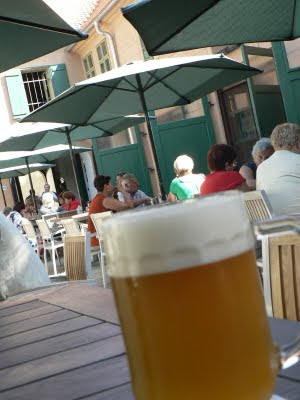 It was followed by Chmelový Ležák, another pale lager, in this case with 12º Plato. Better than the previous one, but terribly boring. The name, Chmelový, refers to the hops (in Czech, Chmel), but an effort was needed to find much trace of the aromatic herb in the taste and the aroma. I wasn't expecting something like an American style DIPA, but they could have given this beer some more Saaz character. 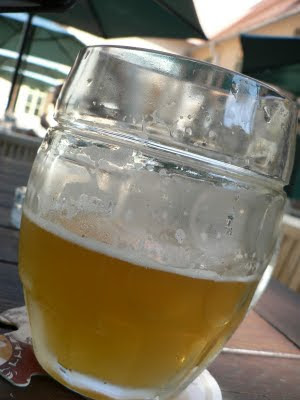 The worst of the lot, however, was Chrámové Tmavé, the house's dark beer. The first pint I got was sour, I sent it back this time. The waitress took it without any complain and replaced it. This pint was better, but the colour, quite paler than the usual Czech tmavé, gave me the impression that what I had in front of me was a řezané, in which case it would be even worse. The beer was almost tasteless, without any character whatsoever. It was as if they'd brewed a 12º with a handful of colouring malts and even less hops. 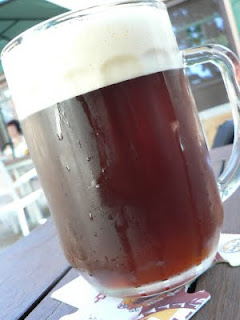 I didn't leave the place very happy. I went to the centre looking for somewhere to drink something from the local brewery, Pivovar Žatec, but I couldn't find any decent enough place where they had the beers on tap, not even next to the brewery itself! Quite sad, really, a pity.

Compared to what is brewed by other micros that have opened in the last 12 months (U Orloje opened last December), like Pivovar Antoš, in Slaný, or Únětický Pivovar, U Orloje's beers are a couple of streets behind. It could also be that I was unlucky that day, on my Facebook page a friend who knows his beer very well left a comment saying that he had liked the beers at U Orloje.

Either way, if I ever have to go back to Žatec, I will visit this brewpub again, after all, there's not much else to choose from in that town. 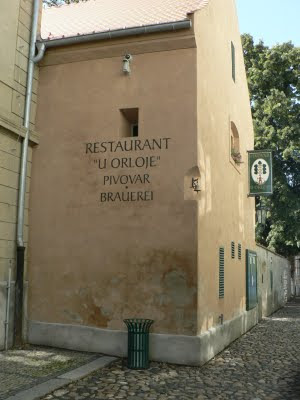