By Pivní Filosof December 03, 2008
Even before opening the bottle, we should give Inèdit the credit it deserves. It is an important beer, and for several reasons. Firstly, Ferrán Adriá was involved in its conception. What the degree of such involvement was will depend on who you ask. The official version is that the famous chef took active part in the design of the beer, others say that he only lent his name, just like a sports star does with trainers. Whatever it is, I doubt very much someone of the reputiation of Mr. Adriá will allow his name to be used by anyone who asks for it, more so, when the beer will sold at his restaurants. Secondly, unlike what is happening in Italy, where the beers served at high end restaurants are of the craft kind, Inèdit is brewed by Estrella Damm, oneof the most important bottlers in Spain. Which brings me to the third point, Spain is a country where wine is absolute king and where for most, beer means a terribly cold beverage that is drunk at the bar.

And what about the beer? Its presentation is impecable and very elegant. Cava-like 750cl bottle, with a label of minimalist design, and the brand of the brewer in a discreet band on the neck. The objection I have is the crown cap, they could have used something that would match better with the rest, but it is only a minor thing. 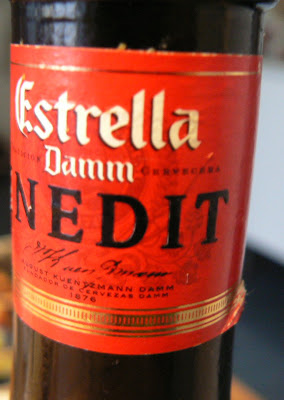 And what about the beer? Yes, I'm getting to that. Nothing out of this world, really. It's a witt, no more, no less. It reminded me of Hoegaarden or Celis White (though I haven't drunk either of those beers for a long time, so I might be wrong). 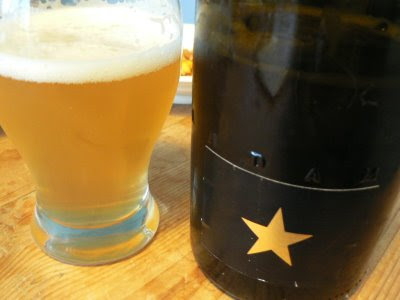 I don't know what the menu at Mr. Adriá's restaurants look like, but I don't see this beer having a very wide range for food pairing, and even less now in winter. It's relatively low ABV % (4.8) and the subtelty of its flavours make it an almost prototypical summer beer.

Despite it's shortcomings, Inèdit is a beer that deserves recognition, at least for its ambition and for wanting to break barriers. If it becomes successful, others will sure follow.

But what I liked the most about this beer is that it made me think and ask myself the following question: Why can't there be a beer like this on the Czech market? Beer is here more than just the national drink and still, it is pretty much ignored by an important part of the hospitality sector.

The answer is simple, though. For something like Inèdit to happen here we need two things that seem to be more rare than a curly Japanese:

Number one: High end restaurant owners/managers who have some knowledge of, or at least curiosity about, beers. Most of them don't know anything, and seem to care even less. That's why if you go to one of those restaurants and fancy a beer, you will to make do with a ležák from one of the macros. There are a couple of exceptions, for example, Essensia the restaurant of Mandarin Oriental. Thanks to the excellent work Evan Rail has been doing with them, now they offer a beer list, together with dishes with which they can be paired. The list only includes already commercially available beers, but it is a big step forward that seems to be enjoying certain success.

Number two: Brewery owners/directors/marketing managers that are creative and ambitious. Many beers out there are working way below their capacity, they should realise that brewing cheap brands for supermarket chains is not the only way to expand their business (or in some cases, surivive). Here there are also a couple of exceptions. First Hotel Beránek beer, brewed by Chodovar, which is actually their Zamecký Ležák with another label. And second Bohemia Classic, brewed at Pivovar Konrad, using the brewery's redundant capacity, though it is just another lager.

Maybe the solution would be someone who could connect both groups. It would have to be a person, or persons, with contacts with key people in both the brewing industry and the high end restaurant field, and who is also elocuent enough to open the minds of both. Anyone wants to apply?