We had to wait so long

By Pivní Filosof June 09, 2008
Pražský Most u Valšu is the newest brewpub in Prague. We had to wait long for it. Its opening was planned for the end of last year, but a series of technical and bureaucratic problems resulted in their beers not seeing the light until a couple of weeks ago.

They didn't make much of a fuss about it. I think the owners were afraid of announcing the "opening" and then another problem would come up. Fortunately for them, though, u Valšu is a restaurant that has been open for quite some time already, so the business was not much affected and things were more or less normal (except, maybe, for the constant questions about the kettles in the cellar or when the beer would be ready). Even before their beer was ready I had visited it a couple of times. They were already a sort of rarity in the neighbourhood since they stocked Rohozec and Březňák, which are reason enough to drop by every now and then. Still, I wanted to wait for the brewery to be fully working before writing a review about it. 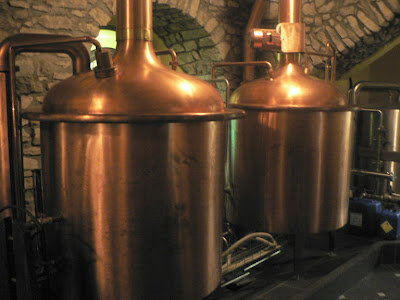 And there I went, full of expectations. Despite being metres from Betlemské Nám. and its historical church (that is where Jan Hus started his reformist preaching), the place was almost empty at lunch time. I went straight to the cellar, followed by a smiley and friendly waitress who took my order. 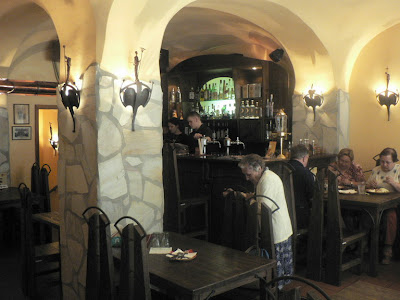 The beer came quickly, I also ordered something for lunch. I really fancied Svíčkova, even though it was quite warm outside. They had it as one of the lunch specials, the waitress was really great in drawing my attention to it, I had ordered it from the regular menu, where it costs 115Kc, whereas the lunch special went for 85Kc and included soup.

The soup was a pea cream with bits of smoked meat, it was alright. Done with that, it was the turn of the Svíčkova na smetaně. It's one of my favourites, but here at u Valšu, at least this day, it was prepared in the best tourist trap style. The sauce was watery, almost flavourless. It actually tasted more like UHO (universalní hnědá omačka - universal brown sauce) without salt or spice than the classic sauce made with root vegetables and cream.

The beer? Nothing to write home about either. It leaves so much to be desired, if craft beer is what we are talking about. Comparing isn't always fair, but in this case is valid; so I will compare U Valšu's Světlý Ležák (the only one they had) with those of Pivovarský Dům and Richter. It can't hold a candle to them, actually, it couldn't even sit at the same table. I would even put it several steps behind Novomětský Pivovar's. It's got a nice body, yes, but not enough of it either. The flavours are too mild and finish is a fleeting glimpse. At moments it gave me the impression that I was drinking a nice industrial 11°, and not something out of a microbrewery with 5hl capacity. 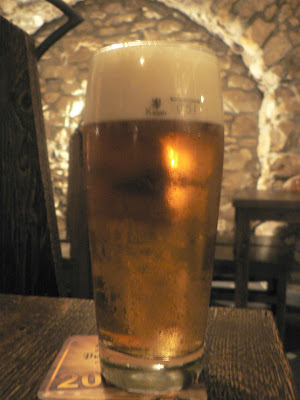 I will go back in a month or two to see how it has evolved. I wasn't at all impressed by the first round. And I was even less impressed by the fact that there was only one beer to choose from (apart from the above mentioned industrial ones).

But to be fair, it should be mentioned that Pražský Most u Valšu, thanks to its location and atmosphere, could easily be a tourist trap. However, the prices are moderate. 30Kc for a pint in Old Town is not at all bad. I just hope their beer improves. 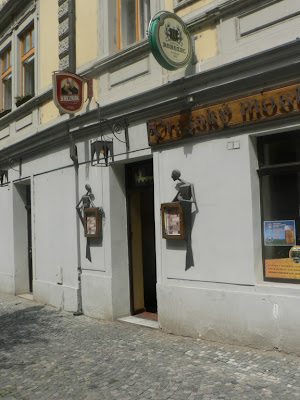