By Pivní Filosof July 29, 2009
Before it degenerated into a discussion about whether this or that beer is or not an ale, I had mentioned in my critique to the "Método de Cata" that their authors said that we mustn't taste beers that are "older" than three months. What would be their opinion, then, about Geuze Mariage Parfait 2004?

That 2004 isn't the year the brewery was established, nor it is a reminder of a Balling or Plato graduation, it is the year the beer was made. If my French doesn't fail me, the label says that Mariage Parfait is a Geuze á l'ancienne o oude, made from a lambic with at least 3 years of special maturing by Frank Boon, and that only 240hl a year are bottled.

I had originally planned to age this beer for at least a few months together with others I have in my cellar. However, in what turned out to be the last evening before my wife and newborn daughter came from the hospital, I felt like playing loud music and drinking something special. I went to the cellar and there it was Mariage Parfait, calling me. 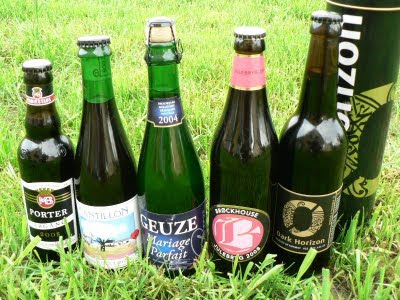 The authors of the "Metodo de Catado" and those unwary enough to follow their instructions don't know what they are missing. Mariage Parfait pours gold, capped by an incredibly white head. It's got a very dry nose, almost like an Extra Brut Champagne, but with an undertone of not fully ripened fruit. The typical sourness of the style is in the foreground of each sip, but isn't too agressive and it's balanced by a background of tropical fruit, all that laced with rhubarb and spice notes. The finish is long, mild and very refreshing thanks to its fruity acidity. The 8%ABV is fantastically integrated, actually, if I hadn't read it on the label I wouldn't have believed this beer is so strong. A delicious, brilliant, magnificent drink, each sip is a pleasure. It is to be enjoyed slowly and could easily replace at a celebration any sparkling wine I can think of. 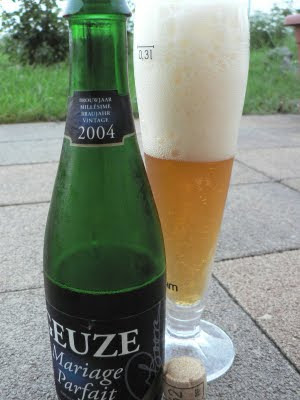 I wonder what it must be like to drink this beer with the "freshness" that Inaraja González (one of the authors of "El Método...") recommends. The other day I shared with my friend Gunnar a bottle of Cantillon Gueuze 100% Labic Bio. I didn't take notes of the bottling date, though I reckon I can't be more than a year, if that much. The beer is more sour and intense and it isn't so easy to drink despite having only 5%ABV. Can it be that Mariage Parfait has similar traits when young? Pity that I don't have a sample to compare. 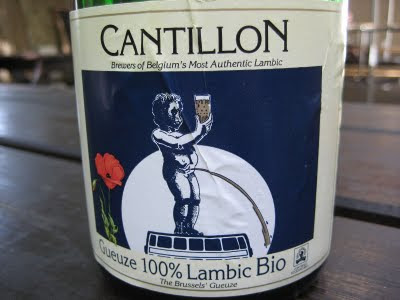