By Pivní Filosof September 08, 2008
What can be thought of someone that calls themselves Excellent? Are they ambitious, arrogant, self confident or simply mad? And what can you expect of the product of a brewery with such a name? How can you set your expectations? Mine were hight, though I was ready for a disappointment.

Excelent - Pivovar Rỳmařov. That is the name of the brewpub of the the town we visited during a trip we made to the area.

It was a long journey there. Longer than it could have been. We took a road that looked shorter on the map, but was actually winding and narrow, going through the Jesenìk area, probably the most remote in the country. Despite of that, it was very pleasant to drive slowly by lush forests interrupted here and there by pretty villages with a strong German identity in their architecture (the region was part of the Sudetenland, where, until their deportation after WWII, the population was mostly German).

After four or so hours on the road we stopped at a petrol station to refresh ourselves, go to the toilet, get some fuel and, in my case, get the first beer of the day. Petrol stations are a great place to find local beers, they always stock them, no matter which one it is. Unfortunately, in this region Holba is king. I hadn't tried the beers from Pivovar Hanušovice for a long time and as soon as I finished the first sip of their Světlý I remembered why. It is awful! I would put it a step below Staropramen. I really don't know what is in the minds of the people at Holba. Why are their beers so badly made? Others have an excuse. Staropramen has the misfortune of being part of InBev, Gambrinus is the best selling pivo in the country, so they aren't motivated. But Holba, which belongs to a Czech company, is the leader in perhaps the least populated region in the Czech Republic. Can't they see that they wouldn't be able to compete at a national level? It's their choice at the end of the day.

We got to our destination in the afternoon. Our friend was already waiting for us at her property, I can't call it her home, she doesn't live there, neither it is her cottage. It's actually a former school in a serious state of disrepair in a small village near Rỳmařov. We chose to camp in the beautiful garden instead of sleeping inside.

Soon we took to the woods for some mushroom hunting. We didn't find too many, the weather had been dry the previous days, but we did find a lot of blueberrys and wild blackberries. Delicious.

We spent the evening by the fire, eating grilled skewers and drinking beer chilled in the garden's pond (myself) and wine (the girls). Fortunately, there wasn't any Holba, but Gambrinus, Kozel 10ª and Primus. The last one is a cheap brand of Pilsner Urquell, which is now brewed at Platan. I must admit that I was pleasantly surprised. I was expecting worse, but I actually found a beer adecuate to drink from a bottle while eating a lot. 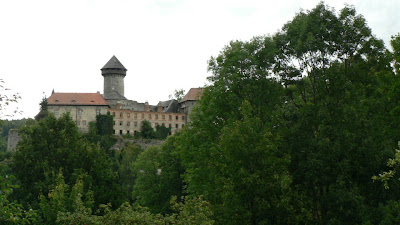 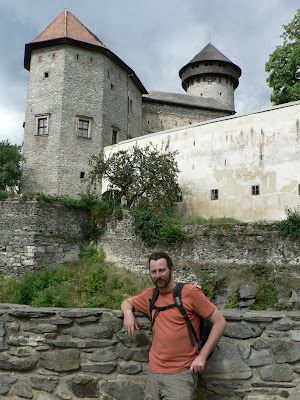 After an almost sleepless night (I'm not cut for camping) we got up early, had breakfast and went to Sovice, a nearby castle. I really liked the place. The castle itself is being reconstructed. Like many others it's had a very turbulent history. It went through many hands, including those of the Order of the Teutonic Knights, who were in charge of it (for a second time) during WWII. During that period, the castle also worked as a VIP prison. Today's less than glamorous state is due to a catastrophic fire that happened in May 1945, while some Soviet troops were occupying it. Despite all that, the place still has some romanticism. 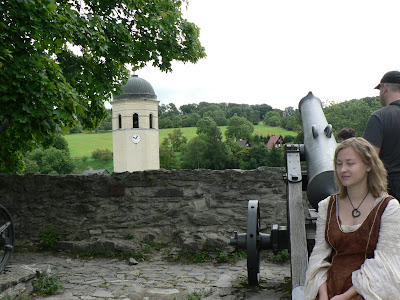 We went back to out camp to leave the car and walk to Rỳmařov. It was time to see of the beers of the local brewpub lived up to their name.

Pivovar Excelent started tapping their beers this year and operates in a recently refurbished hotel. The restaurant is nice, clean but without much of an atmosphere. They were tapping two beers that day: 11ª kvasnicovè and 13ª polotmavè. My wife ordered the latter, I went for the former. We also ordered some food. 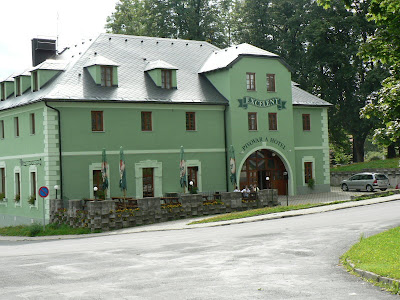 I really liked that 11ª. Rich golden colour, slightly foggy. A mild very fruity nose, backed by flowers, a very summery bouquet. The taste is a triumvirate of fruits, herbs and citrus. It paired brilliantly with the very good guláš that I had ordered. It was followed by 13ª polotmavè. Of a reddish colour, crowned by a slightly tanned head. The same fruits of the 11ª were in its nose, this time coated in caramel. Caramel is the first thing I felt when drinking, followed by fruits and ending in a refreshingly bitter finish with a lot of hops. My wife, who prefers fruitier beers, liked 11ª better. I liked both the same, and had one more glass of each. Excellent they aren't, but they are indeed very good. 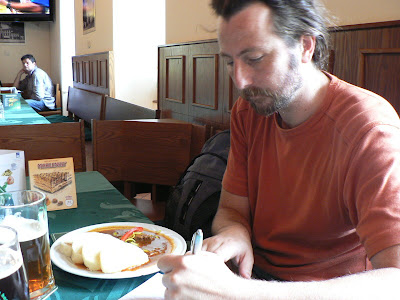 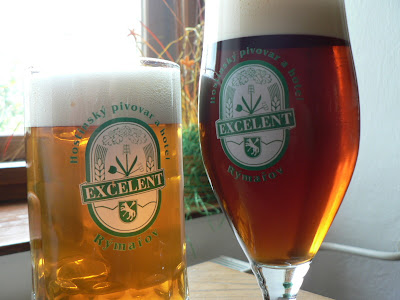 Now, I noticed a couple of things I wish they would correct. Firstly, I didn't see that they sell bottled beer. I would have loved to buy a couple of bottles to take home or drink in the evening. It would be nice if they had. Doesn't need to be glass bottles, they could do what many other brewpubs, sell them in plastic bottles. Secondly, and more important, neither on the menu (that listed draught Gambrinus, Pilsner Urquell, etc), nor on any signs on the tables is there any mention of the house brewed beers. If we hand't asked what was being tapped that day, we could have ended up with some Urquell or Master, as I saw many other patrons. They call themseleves Pivovar Excellent and they are shy? Come on!

Our friend picked us up in the car and we went around the town a bit. We went back to the camp for another session of grilled food and cheap beer by the fire. Like the day before, we capped the evening with some delicious home made herbal schbapps and home made calvados, this one not that good actually, but drinkable. I slept much better that night... 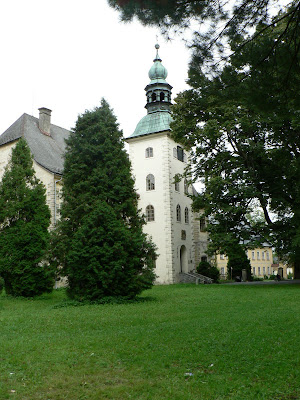 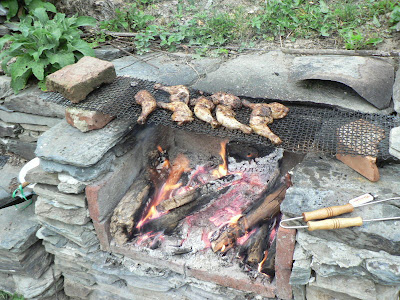 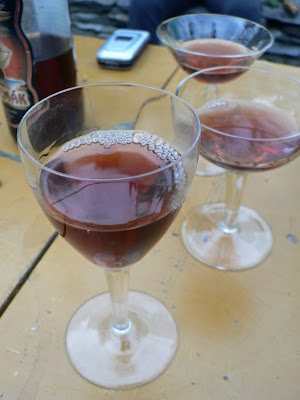 We wrapped up the weekend on Sunday morning with a trip to Karlovà Studanka. A spa town set in an idilic landscape, with some lovely architecture and some simply gorgeous blueberry pies! It was a beautiful weekend, beautiful area. It is really worth the trouble of going all the way there. 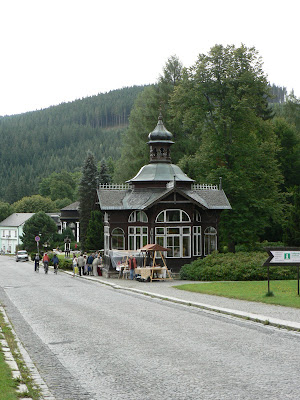