Things I saw and heard in Únětice

By Pivní Filosof June 24, 2011
I liked the beers of Únětický Pivovar so much, and I had such a good time at this such nice place, that the moment I arrived home I told myself I should go back there dressed as a journalist. So I got in touch with Jítka Menclová, the person in charge of the PR, and arranged a visit for last Wednesday.

This time didn't rain while I walked from the bus stop to the brewery and since I still had plenty of time I thought I would take an alternative way, which was not only nicer, but it also turned out to be shorter.

Jítka arrived a bit later and the visit started also in the company of one of the brewers. I'm preparing a piece for the Spanish magazine Bar&Beer, but I still wanted to share with you some of the things I was told there. 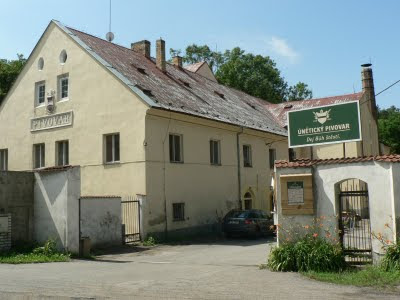 Únětický Pivovar isn't a brewpub, it's a beer factory that, like many others, has a taproom or výčep, as Czechs say. The taproom and the garden are already working, opening hours are Tue-Fri: 15-22, Sat-Sun: 11-22. Only soups, sausages and other beer snacks are served, the ingredients of which they try to source from nearby producers. Just as I figured out on my first visit, the taproom is in the former maltings, which also happen to be the oldest part of the building. 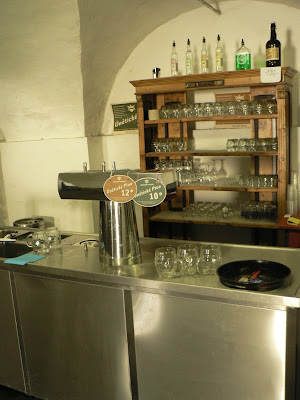 The beers can also be bought in PET bolles, 2l growlers and even kegs. I was told they are doing pretty well with the takeaway business, and I believe them, while I was waiting for Jítka on that Wednesday before noon I saw a couple of cars stopping to pick a few bottles.

Besides selling beer and food, the facilities of the brewery are also a venue for various cultural activities, some of them organised together with the village. This Saturday, for example, is the Solstice festival. The calendar of the activities can be checked on this page (Czech only).

They didn't want to give me figures, but I was told that the investment was quite important. They were lucky that the buildings had been really well kept, but still, reconditioning them as a brewery wasn't cheap.

The equipment is top notch, and the whole thing looks pretty nice. The copper and kettle have a 25hl capacity. Both of the beers that are brewed at the moment, a 10º and a 12º, follow classic recipes and processes, with triple decoction and the works. The Pilsen malts come from a "micro-maltster", hops are Saaz in pelets and the yeasts come from the Czech Brewing and Malting Research Institute and each batch is used six times. 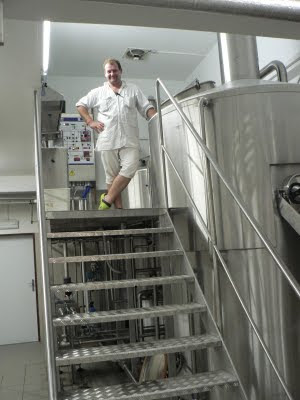 The fermentation is done in two open tanks that hold 50hl each. Each of them ferments two batches at any given time. 10º ferments for a week, 12º for at least ten days. 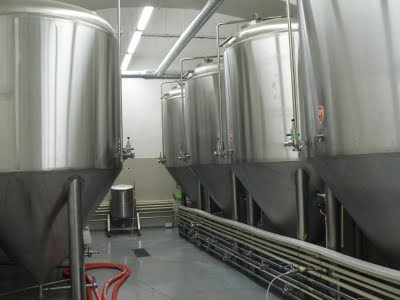 From there they go to the lagering tanks. At the moment they have 7, each holding 50hl, but they have enough space for a few more. Beers are sold both unfiltered and filtered. I sampled the filtered desítka and it was really nice and the dvanáctká tapped straight from the lagering tank was better than a morning piss. Lovely. 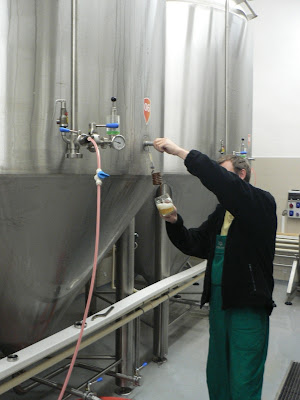 They have ambitious plans. They expect to produce 1500hl this year and they aim to reach 10000hl in 3-5 years. Eventually, they want to install a proper bottling line to be able to sell the beers in returnable, glass bottles, but nothing specific at the moment. They are also planning their first two special brews, one that should come out on 28 September and another one for Christmas, though they still haven't decided on the recipes.

Both the director (the father of all this, actually) and the brewer that showed me around, used to work at Staropramen. The former left the company because he didn't like the way they were doing things anymore.

A great visit to a very nice brewery that makes very nice beers. Thanks Jítka and the rest for their hospitality and the information. 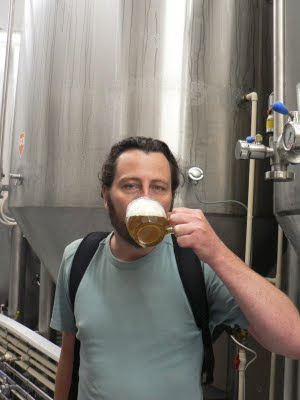 PD: The day didn't end there, though. The visit to the brewery was followed by a great afternoon, more on it on Monday.