By Pivní Filosof August 30, 2010
Gerardo Fiorotto, owner of Green Belly, is a very respected and, by some, admired, micro brewer from Argentina. I've been in touch with him since pretty much the very beginnings of my blog (back when I wrote only in Spanish) and I've always had the impression that he's someone who knows very well what he does and takes his new trade in a very serious and professional way without having lost his passion.

A couple of months ago he contacted me again after quite some time. He told me his daughter (a brewer herself, too) was on her way to Prague and wanted some tips about places where she could taste some real Czech beer. I sent him a short list and Gerardo wrote back saying that his daughter would not come empty handed, she would be carrying a very special brew.

Unfortunately, I wasn't able to meet her, but the beer still got to my hands. Gerardo's daughter left it at my second home Zlý Časy. I went there a few days later and, after saying hello to the known faces, the waiter told me, while he was pouring me a ležák, that someone had left a bottle for me.

There it was, unlabeled. Gerardo later told me that it was a Barley Wine with 30ºPlato and 11%ABV that he had "cooked" in January 2009 and had been maturing until June this year. Very promising on paper, though I must say I was a bit worried, you never know in what conditions a beer will be after such a long trip. 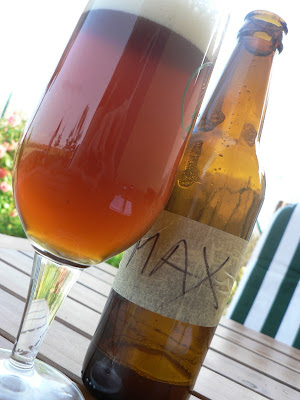 It pours an amber of a lighter shade that I for some reason expected, but pretty good looking, anyway. It's high ABV is felt a tad too much at the start of the aromas, but fortunately, it dissipates quickly leaving behind a nice and well balanced mix of raisins, wood and caramel. The mouthfeel is lovely, silky, Liqueur-like that coats and caresses the palate. The base is of very ripe fruit with a touch of nuts that connects very well with the intense brown sugar and herbal notes. The finish is very herbal-like dry with a dash of something that reminded me of Kahlúa.

Spectacular! Impressive beer! I haven't drunk many Barley Wines (something I hope I'll be able to fix soon), but among those few, Don Toto (such is its commercial name, something I found out later) ranks comfortably on top.

The micro brewing phenomenon in Argentina is pretty similar to the Spanish one. The biggest differences are that in my home country the the thing has been going for a bit longer and in the quantity of registered brewers, which according to this article, is about 200. The similarities start to be seen in what has long been discussed about Spanish micros, the quality of the product and the level of professionalism of the brewers.

A few months ago I exchanged some e-mails with three people from Argentine brewing community, an enthusiast and blogger and two brewery owners, one of them of a pretty well known brand there. All three of them, independently, (and I don't think they even know each other) agreed on very important thing: there is a lot enthusiasm, but also way too much improvisation. Many of the people that start brewing commercially aren't really ready for it, which results in many products of poor quality. This, in the end, puts everyone else at risk. Many consumers, after having paid a premium price for something that shouldn't have been on the market in the first place, say they will never drink "craft beer" again.

Fortunately, just like in Spain with Agullons, there are people in Argentina who know full well that, in order to make a quality product, passion and enthusiasm, no matter how much, aren't enough, professionalism is also every bit as necessary, if not more. How nice it would be if more people realised that, even that resulted in fewer breweries.