You all have a calendar at hand, so none of the opening bollocks this time. Straight to the point.

Martyn Cornell carries on with his lifetime mission of smashing the myths of beer history. This time is, once again, the turn of IPA. Mandatory reading, specially for those Wikipedia copypasters.

And speaking about mythical histories. Evan Rail sheds some light over the origins of Pilsner Urquell. Like many legends and myths, the one behind the birth of the most famous Czech beer traces is loosely based on facts. It turns out that, contrary to what I had speculated, the protest of the burghers did take place, but not quite for the reasons we have been made believe.

Back to the present where Garret Oliver speaks with lot of authority about the crimes against beer committed in the hospitality industry. I'd like to add another one, committed by most restaurants in this country, "not giving a shit".

The issue of negative reviews has been profusely discussed, everyone has their valid opinion about it, and it should be respected. However, the reality is that, whether those on the other side of the counter like it or not, there are a lot of people out there who would not shy of publishing a harsh review and Boak & Bailey offer advice on how to deal with them in a proper way. Nobody likes being told that they are doing something wrong, but if you are expecting money for your product or services, you must accept the rules of the game, and these include bad reviews (both fair and unfair).

And since it's reviews what we are talking about, a film blog explains why they believe ratings don't work and propose an alternative method. It's a double score system that rates both the quality and the rewatchability of a film. It could be easily applied to beer, quality and drinkability, to which I'd add availability. A beer you can drink whenever you fancy, it's always better than one you can only drink whenever the brewery/distributor does.

A bit of humour, too, courtesy of Pete Brown, who in his Twitter asked how many beer bloggers it takes to change lightbulb and then published a compilation of the best answers.

To wrap this thing up, the bollocks of the month. I was going to write a whole post about it, but then I decided it wasn't worth it. Without further ado, it's an honour for me to introduce VG Nostrum, the "Gastronomic Beer". (and I thought "Gourmet" was the silliest possible appellative). 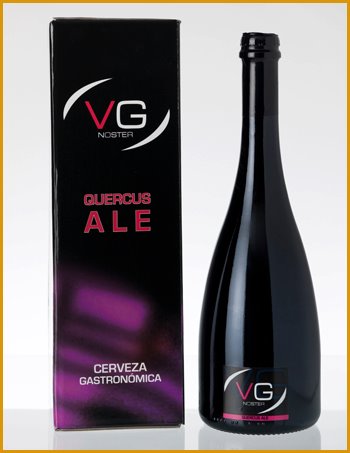