By Pivní Filosof January 01, 2009
2008 was a very difficult year for me. A year I would not like to repeat. But I am not going to bore you with my personal dramas because I don't think that is why you are here. You are here to read about beer.

Beerwise, 2008 was a fantastic year. Loads of new beers, several new micros, some of which, like Kocour Vandorf came out with very exciting products. During the year I was also able to find new places that became favourites, like Zlý Časy and U Slovanské Lipy.

The blog, both in is Spanish and English versions, gave me so many satisfactions. The Spanish version has already received well over 80000 hits and the English version got more than 30000 hits in its first year, with the number of visitors growing each month. La Ronda has allowed us, the Spanish speaking beer bloggers, to do something more than gazing our navels and speaking about the beers we are tasting (which is not bad, mind you) by doing something more community oriented that I think helps spread the culture of good beer. In both versions, the comments, more than a thousand of them, were, without exceptions, possitive, even those that expressed their disagreement with some of my opinions. Many of the comments were really flattering and motivated me to keep on writing even in times when I didn't feel like doing much. Thank you very much to all of you that took the time to write a few words.

And thank you very much, as well, to the two companies that are kind of sponsoring this blog. I am not gooing to get rich with the advertising revenues, but it is still nice to know that there are people out there that believe this blog to be important enough to spend some money on.

But the best, by far, that happened thanks to the blog was the possibility of meeting new people. And I met many last year, people from the beer world, fellow bloggers and readers from several countries. As Velký Al from Fuggled (whom I also met this year and became my friend) well says, all those people have been generous, interesting and made me have very good times. Some brought me beers that I would never have been able to taste otherwise and that enriched my experience and, I believe, the contents of this blog. Some made me feel almost like a celebrity when they approached me to ask if I was Pivní Filosof, that is how I met Ian and Iain and that English gentleman that greeted me at U Medvídku the other day. But the prize in this "category" will have to go to a group of Danes that I ran into with my wife at Svijanský Rytíř. One of them, a man with silver hair, came to our table and asked me, very shyly, if I was Pivní Filosof. When I said yes his joy was as big as the round of applause the group gave me. They had pictures taken with me and they thanked me for my work on this blog (they also left some drinks paid at the bar). It was an incredible experience that made my day and the rest of the weekend. Meeting each and every one of you was something very special that I hope will go on this year.

But going back to the beer. It is time choose the beers of th year that just ended. During 2008 I drank 384 different beers (44 of them in Decemeber), most of them Czech, but many imported ones, too. So I decided to divide the awards in two categories.

Picking the imported beer of the year was really hard. The variety of styles and countries those beers came from was very big. I tasted beers imported from 11 different countries that ranged from Macro lagers in the style of Molson's from Canada to micros like Brasserie Trois Dames from Switzerland. Some of them horrible, some wonderful. After a lot of pondering I chose two. The first one is Chocarrubica, from Italy, a beer that we still talk about with my wife. Amanzingly delicious and even more interesting. The second Mezquita, from Spain, there were other beers that I liked better, but Mezquita proves that when there is will and talent good industrial beers can be made even in countries with little beer tradition or culture. 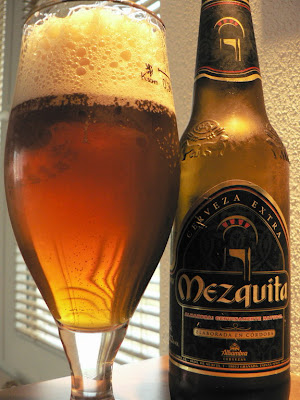 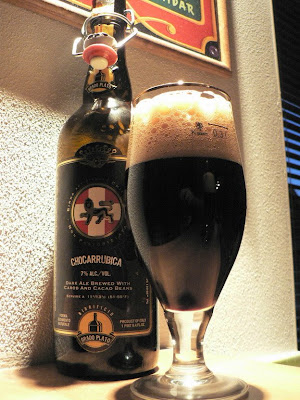 The Czech Beer of the year was something easier to choose. I drank a lot of fantastic beers lasst year. Primátor Stout could have been a fair winner, not only because it's a beer that breaks the Czech mould a bit, but also because in itself it is a good Stout. I could have also chosen the brilliantly conceptual V3 Pivovar Kocour, a smoked beer lagered in Tokaj barrels, and brewed together by Czech, Polish and Hungarian brewers. I could go on and on with the examples, but there was one that to me was a tad above all the rest. More convservative, less ambicious in its concept, but simply delicious. The Award for The Czech Beer of 2008 goes to the Subtle Beauty of Kout na Šumavě Kvasnicová 12°, it fascinated me. Fortunately, it is now occassionally available at U Slovanské Lipy. Actually, I think any of the beers from Kout could have been a fair winner, and I am so happy that we can now enjoy them in Prague any time we feel like it. 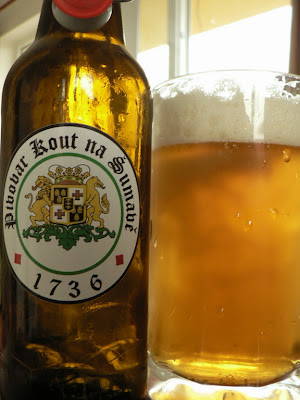 I don't know what this brand new 2009 has in store for us (in my case, with my first child on the way, I know it won't be easy), I only hope that we can all have as good a time as possible, that we can go on drinking good beers and that there is more to choose from.

My best wishes to all of you